Climate activists reclaimed 200 advertising spaces across the city. Their posters link the cost of living crisis and climate crisis to the record profits of fossil-fuel companies in Portugal, in particular Galp, Ren and EDP.

This action took place as part of the #ContraFracassoClimático fortnight of direct actions as well as marks the first participation of a Portuguese team in the Zap Games!!

The posters denounce the crime of using fossil gas and how it will lead us to climate collapse. They can be found all over the city, from Benfica to Estefania, in main squares and side streets, in avenues and alleys.

“The subvertising tactic, practiced all over the world against the violent advertising industry, is meant to combat the permanent invasion of the landscape and the minds of the millions of people who are exposed daily to tens of thousands of ads, whether walking down the street or on their cell phones or televisions. The city of Lisbon, like so many others, is totally occupied by advertising to stimulate more consumption and persuade society to want what they don’t need.

Climáximo and the campaigners welcome and support this initiative and also repeat: No more fossil gas!” 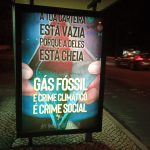 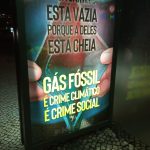 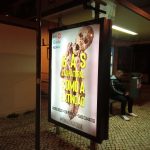 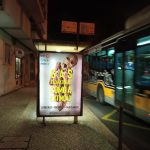 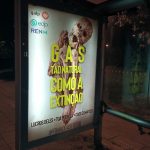 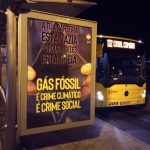